What is Vaccine "Misinformation?" 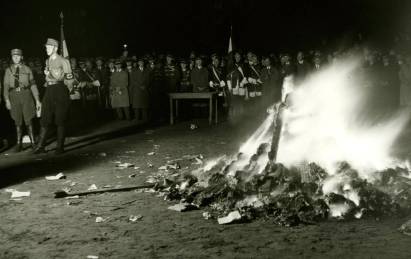 I had a couple of working titles for this page. "How to know your pharma overlords are manipulating you" was one. "Free speech is overrated" or "Nazi style censorship and book burning is bad ….unless it’s about vaccines."

Instead, I decided to go with a title that has been a common catchphrase in the media recently, and that is "What is Vaccine Misinformation?" If you've been living off the grid, there has been a push to limit any discussion about vaccines that ISN'T "vaccines are safe and effective." The 2019 version of the Nazi book burning is happening right now on most major internet platforms.  Censorship by YouTube, Pinterest, Etsy, Facebook, GoFundMe and Amazon of vaccination information counter to the official pharma/CDC approved narrative are making it difficult to share both sides of a story that should be heard. I find it disturbing that in this day and age, free speech that is critical of a mandated medical product that the drug manufacturers have been absolved of any liability for harm is tolerated. 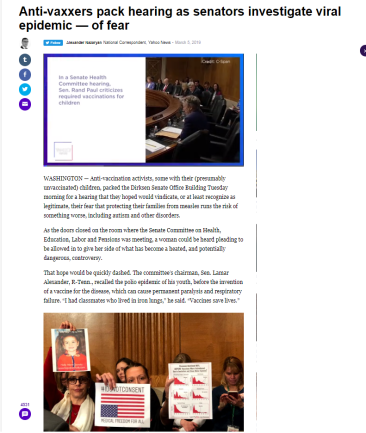 I will get into the why, how and who is driving this censorship in a later post, but for today I want to discuss The US Senate Committee on Health, Education, Labor and Pensions hearing on 3/5/2019 called "Vaccines Save Lives: What is Driving Preventable Disease Outbreaks?" In this one sided hearing, vaccine promoters gave their opinions about measles, autism and the benefits of vaccination with no balanced discussion of possible harms. The committee didn’t invite anyone who would question vaccines or offer a balanced position on both the benefits and risks of vaccines.  The “experts” opined about “vaccine misinformation” on social media, and the media jumped on the bandwagon. The image to the right is just one article that showed a few of the 1000 vaccine risk awareness advocates who were banished to the hallway. These are the people who are accused of spreading “vaccine misinformation.”

So what is the misinformation and lies that these people are spreading which is a threat to people everywhere? To prove how you are being manipulated, why don't we dive into the three pictures that are being displayed in this news article to find out!

On the left is a picture of Holly Marie Stavola taken before she was killed by her second MMR vaccine when she was 5 years old. Wait, what? I thought vaccines were safe? Holly's completely preventable death inspired her parents to create and work to pass “Holly's Law” right here on NJ. It allows parents to test for antibody titers after the first MMR dose to avoid being injected with another potentially deadly MMR vaccination. Feel free to question why a law needs to be passed to avoid having to get a "safe and effective" vaccine. And feel free to question why our pharma funded politicians and media would want to categorize this as the kind of "misinformation" which needs to be censored. Click here to read her story.

The middle picture deals with the medical, ethical and legal premise of “Informed consent.” Informed consent as a legal term varies depending on your state laws, but in general, it says that a doctor as an obligation to discuss ALL the benefits and ALL the risks that go with BOTH accepting and refusing any medical treatment or procedure. Only then, the patient, with all the facts, has the information to accept or deny the procedure/treatment/medication being recommended. This basic human right came out of the Nuremberg trials when we learned that Nazi doctors experimented on people without their knowledge and against their will.  Informed consent sounds like a good thing, right? Well it doesn't apply to vaccines. Vaccination is the only medical intervention which is mandated and where patients have no choice. And the product being forced on people doesn't actively treat a disease; the manufacturers have been given legal immunity for harm; and whose safety testing has been described as “tobacco science.” I’ll dive into the vaccine safety science in a later post.

When it comes to informed consent, Doctors are only obligated to offer the VIS, or Vaccine Information Sheet, a dumbed down synopsis of the supposed benefits and risks of the vaccine. The “ Package Insert, ” which explains in greater detail, the potential harms of the vaccine are not offered to you. If you read the package inserts and determine that the benefit to your child isn't worth the risk of the vaccine, that reasoning alone isn’t good enough to avoid vaccinating in order for you to make use of your right to a free public education. Here in NJ, there are two types of legal exemptions, religious and medical. Religious exemptions to vaccination are easy to understand because of the use of aborted babies that are used to make vaccines and the fact that both male and female fetal DNA contamination from these fetuses are contained in vaccines. Medical exemptions are nearly impossible to get because of you know, “vaccines are safe and effective” and adverse events are most often attributed to being a coincidence or a “fabrication” of these crazy moms. Nearly every person labeled by the media as an "anti-vaxxer" was willing pro-vaxxer who followed the doctor's orders and vaccinated. It's the vaccine injury and their subsequent research that leads to the position that the risk of vaccines are just too great. Some of the “vaccine misinformation” being spread on social media are the stories of parents of vaccine injured kids.

The picture being held by the woman on the right is a series of historical graphs showing the steep decline in mortality of diseases we vaccinate for and diseases we never vaccinated for. It shows that the decline in mortality of both occurred long before the introduction of vaccines. It is a fact of science and epidemiology that mortality had plummeted long before the introduction of vaccines in both Europe and the US, and that: 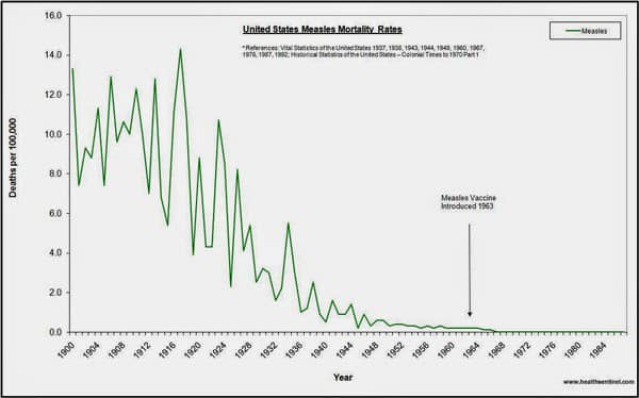 Thus vaccination does not account for the impressive declines in mortality seen in the first half of the century…nearly 90% of the decline in infectious disease mortality among US children occurred before 1940, when few antibiotics or vaccine were available.” https://vaccinesafetycommission.org/pdfs/45-2000-Pediatrics-Vital-Statistics.pdf

A common tactic vaccine propagandists use to convince people to vaccinate is the fear of dying. In the fear based model of vaccine sales, what is never discussed is the basic question of "what are my child's odds of dying from the disease vs the vaccine?" When you learn the science behind how vaccine risk is determined (in a future post), you will question everything you've been told about "safe" vaccines.  For now, I will leave you with a link to a terrific blog post that summarizes this issue with the scientific studies that show not only how vaccines had little to do with mortality, but how scientists from decades ago were afraid that pharma would hijack the history to make it look like we owe everything to vaccines.

What I hope you learn from this page is to keep an open mind and think critically. If I can easily prove that the information that you are being told is "misinformation" is actually true,  then what else about vaccines are you being lied to about? On the next post, we dive into the myths that "vaccine are safe." I address the methods that our government uses to track vaccine adverse reactions, the clinical trials for the vaccines and the scientific studies that aren't being done to accurately asess vaccine safety.  You've heard vaccine propagandists claim that vaccine reactions are 1 in a million? I'll prove to you with research and facts that adverse events are common, and that anyone who tells you this 1 in a million tale is either lying or ignorant.